Don't miss this one - Keith will also be honored that night with his official Beale Street Brass Note ceremony!

Somewhere in Texas, there’s a little beach town where Keith Sykes finds himself once a year, in the wintertime. He holes up for a month, with the salty air and his guitar, unloading his mind of all the half-written lyrical lines and lonely guitar licks a year can bring.

“I’ve always had a natural tie to a certain kind of music anyway, even before I was a Coral Reefer,” Sykes says. “Because of my love of the islands, the little beach towns, and the people I meet when I’m in that environment.”

His new single, “Come As You Are Beach Bar,” is the story of some of those people. It came to life out of a snippet of guitar, Sykes says. “That’s what I had first, just a little guitar thing that I liked.”

Next thing he knew, he was waxing on the tale of Captain Bobby and a dive bar whose characters he paints so vividly you can almost feel yourself sitting next to them at the bar, salt spray and stale beer hanging in the air.

There’s a different feel to this song – Sykes is playful in his phrasing, almost spoken word – an indication that after more than 40 years in the business, Keith Sykes isn’t slowing down or taking it easy. He’s looking for new sounds, new ideas and new challenges. He’s risen to this one with splendid result.

The single will be out on iTunes and Amazon March 11 via KSM Entertainment. Keith Sykes celebrates the release of his new single "Come As You Are Beach Bar" on March 11 at The Warehouse!
Posted by Ginger at 12:10 PM

We Party For A Purpose 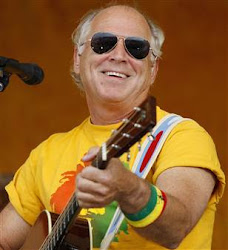